To study the preliminary results of 20 patients who underwent Anterior Lumbar Interbody Fusion (ALIF) and were followed up for more than 6 months at the Bangkok Spine Academy.

Of 22 patients who underwent ALIF surgery between April 2011 and April 2013 two were excluded from this series. The remaining 20 cases were followed up regularly until the fusion was complete.

Indications for surgery were degenerative disc disease, spondylolisthesis, pseudarthrosis from previous surgery, and recurrent disc herniation. Most cases experienced both back pain and leg pain from spinal instability and nerve root compression. Five cases underwent surgery because of back pain without any leg pain. The majority of patients (nine cases, 45% of total) were spondylolisthesis, including both degenerative and lytic types. Seven cases (35%) were diagnosed as degenerative disc disease. One case (5%) was treated because of the recurrence of disc herniation. One case (5%) was treated for pseudarthrosis and an implant breakage from previous fusion surgery.

In a total of 20 cases we operated on 23 levels of problematic discs. The mean operative time for each level was 156 (±35.5) minutes (mean ± standard deviation (SD)). The shortest operative time was 115 minutes for each level and the longest was 240 minutes. The intraoperative blood loss averaged at 315.2 (±225) ml.

One of the most challenging aspects of this surgery is the difficulty of an anterior retroperitoneal approach. The large venous and arterial channels obstruct exposure of the lumbar intervertebral disc. Of the 22 cases, one had inadvertent intraoperative venous bleeding from an old adhesion from a previous surgery but this was controlled by a vascular surgeon. There were no cases with an abdominal ileus after surgery. One case had retrograde ejaculation that was resolved during the second year follow up visit. There were no cases of neurological problems as this surgery went in from the front of the spine. Because the ALIF implant is large it carries the human body very well, so there were no cases of subsidence, implant breakage or loosening. The fusion was well established because of a big area of fusion on the vertebral end plate. The nature of this surgical technique ensures the patient experiences less back pain after surgery which in turn improves their ability to recover faster and to return to their full activity.

This preliminary mid-term report of the stand-alone ALIF procedure at the Bangkok Spine Academy shows satisfactory and consistent results. The benefits of this procedure include: reduction in back and leg pain, minimization of soft tissue injuries especially of uninjured back muscle, and lower likelihood of nerve root injuries. The only disadvantage of this procedure is that the technically demanding anterior approach needs prompt management for any vascular issues. These surgical techniques show fast and long-lasting, satisfactory results with less likelihood of long-term complications. 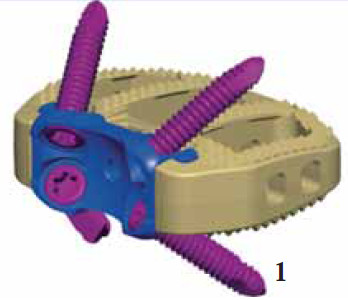 Figure 3: Mini-opened surgery on the front by retroperitoneal approach can expose the entire anterior surface of the pathological disc. 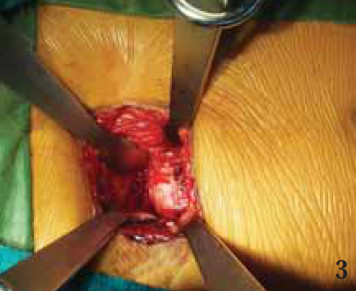 Figure 4: In a case of suspected variation of the great vessel on the front of the spine, the magnetic resonance angiography is considered. Figure 5: One of the good case for ALIF is lumbar spondylolisthesis grade 1 - 2 with or without radiculopathy. This surgery is able to reduce the slip level to normal alignment and also decompression the neural foramen. Figure 6: For the mini-opened anterior approach to the lumbar spine, the Synframe retractor is one of the instruments needed for good exposure. Figure 7: The proper size of PEEK age with anterior plate construct (Synfix®) was inserted into the affected disc and fixed with screws. 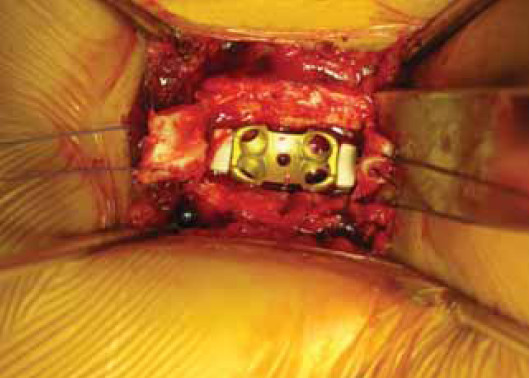 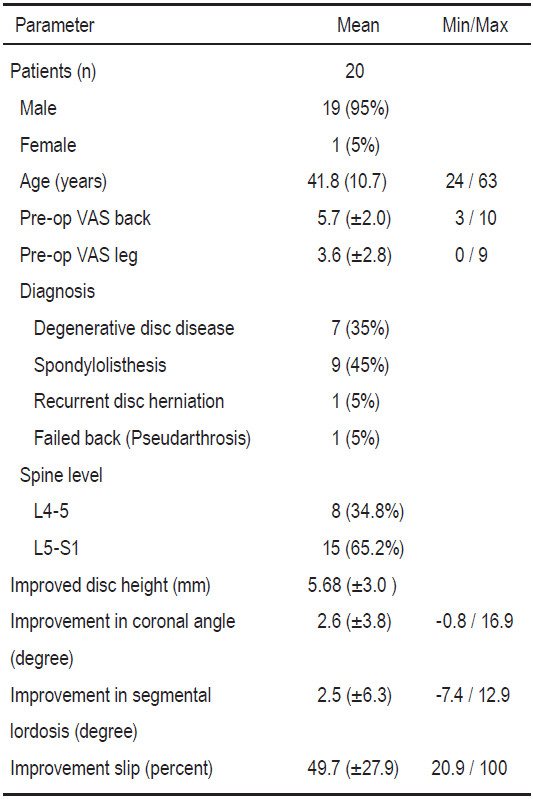 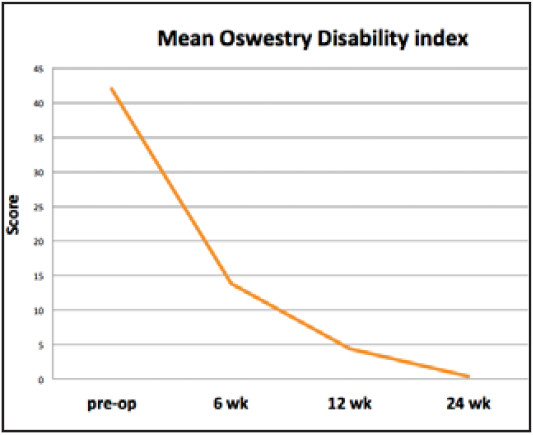