OCCURRENCE OF VENOUS THROMBOEMBOLISM AND OUTCOMES OF PREVENTIVE PROTOCOLS AT THE BANGKOK HOSPITAL MEDICAL CENTER: A RETROSPECTIVE REVIEW OF YEARS 2012-2013

To determine the occurrence of venous thromboembolism (VTE) of patients at the Bangkok Hospital Medical Center (BMC). To collect data of VTE patients at the BMC about their characteristics, underlying diseases, presenting symptoms and outcomes of diseases. Evaluate the outcome of preventive methods of VTE when using the BMC protocol.

From our study we showed a reduction  of risk in a number of high thrombosis risk VTE patients  when using the risk assessment protocol of BMC with the  number need to treat of 344.82. Although it is not statistically  significant, due to the limitations of the study, we have  seen a trend towards using the protocol to decrease the number of high thrombosis risk VTE patients. 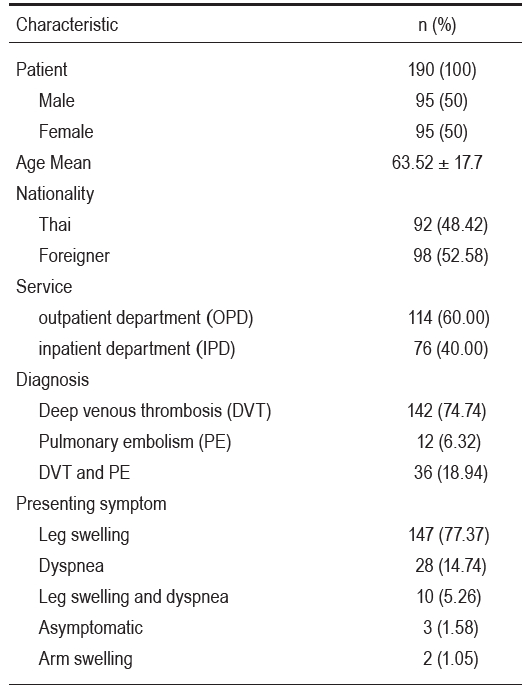 Clinical characteristics compared between 2012 and 2013.
Figure 3: 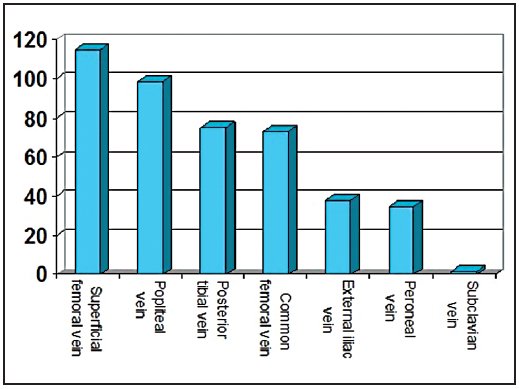