FAINTING IN CHILDREN: SYNCOPE OR SEIZURE

Fainting with collapse is a relatively common symptom that challenges the physician to uncover its possible etiology. The most diagnosed cause of fainting in children is syncope: up to 20% of children have experienced syncope between 8 and 18 years of age.1-4 According to the Task Force for the Diagnosis and Management of Syncope of the European Society of Cardiology (ESC)5 , syncope is defined as a transient loss of consciousness caused by transient global cerebral hypoperfusion with spontaneous complete recovery. It is classified into three groups by etiology:

However, there are also copious conditions incorrectly diagnosed as syncope. One such condition of great concern to parents and physicians is epilepsy, due to its threatening appearance and implications for treatment and long-term prognosis. Despite taking a very careful history, without neurological work up (especially doing an electroencephalogram or EEG), the diagnosis of epilepsy is often difficult to distinguish from other benign conditions in children with unexplained fainting. It could be misdiagnosed as common syncope resulting in delays investigating etiology of seizure which impede prompt treatment. Therefore the objectives of this study were to identify the etiologies of childhood syncope, and to assess the diagnostic usefulness of EEG study in determining fainting caused by epilepsy in children who were brought to the Bangkok Child Health Center, Bangkok Hospital.

A retrospective review was conducted on pediatric patients under 18 years of age who were brought to the Bangkok Child Health Center at the Bangkok Hospital during the period from January 2007 to December 2010 with history of fainting or syncope-like attacks. We enrolled all children who had completed cardiologic and neurologic work up including chest x-ray, electrocardiogram (ECG), echocardiogram, a standard 24 hours Holter monitoring, Tilt-table testing, at least one standard EEG recording using the International 10-20 system of electrode placement for a minimum of 30 minutes or greater, and/or neuroimaging study either CT scan or MRI scan of the brain. Medical records were systematically reviewed to ascertain demographic characteristics in the clinical data such as frequency of symptoms prior to diagnosis, past medical history, and results of cardiologic and neurologic investigations.

Etiology of fainting in this study was divided into 4 groups: syncope, seizure or epilepsy, migraine, and unknown cause. As aforementioned, the classification of syncope by the ESC (2009 version) was used to categorize type of syncope. Regarding seizure and/or epilepsy, the classification of epilepsies and epileptic syndromes (1989) by the International League Association of Epilepsy (ILAE) 6 (Appendix 2)was used.

A total of 126 children with history of fainting were brought to the Bangkok Child Health Center during the period from January 2007 to December 2010. Of these, 40 children fulfilled the inclusion criteria of this study by completion of both cardiac and neurological investigations. The initial blood tests for electrolytes and glucose of all enrolled population were normal. Table 1 shows demographic and characteristics of 40 enrolled children. The majority were girls (60%) with male to female ratio of 0.7:1. The mean age was 117.3 months (range: 7 months to 15 years). Medical history showed no preexisting disease in 82.5%, a history of febrile seizures in 5%, epilepsy in 2.5%, acute lymphoblastic leukemia and allergic rhinitis or asthma in 5% each. Only 7.5% of cases had ever taken regular medication.

Fainting during prolonged standing was discovered in 37.5% of cases. The second most common activities associated with attacks (22.5%) were specific triggers which induced fainting such as pain, blood phobia, dehydration, or warm bath. The mean frequency of symptoms before diagnosis was 2.7 attacks (range: 1-15). Time to diagnosis was 132.5 days averagely (range: 1 day - 4 years). Nearly half of cases (47.5%) did not have warning symptoms prior to fainting. Most developed symptoms associated with fainting, including dizziness or light headedness (52.5%), palpitation (10%), headaches 10%), acute transient visual loss (7.5%) and automatism (5%) e.g. lip smacking or involuntary repetitive movement. Clinically post-fainting, 82.5% returned to normal baseline, 15% with confusion, and 2.5% with transient motor deficit.

Table 2 details the etiology of fainting in our enrolled population. Syncope was identified in 77.5% of cases: 55% with reflex syncope, 12.5% with orthostatic (OH) syncope, and 7.5% with cardiac syncope. Epilepsy was diagnosed in 12.5% of cases. Five percent were provided diagnosis of migraine. Unknown etiology remained in 5% of cases. Regarding investigations, all inclusion children had normal chest x-ray results. In those with diagnosis of syncope, the positive results of cardiac work up were small: 2.5% having abnormal ECG or echocardiogram or Holter monitoring, and 10% having abnormal tilt table testing. All children with diagnosis of epilepsy had epileptiform discharges in EEG recording and all cardiac work ups were unremarkable. Figure 1 and 2 demonstrated examples of EEG tracings of children with recurrent fainting and eventually discovered diagnosis of epilepsy. 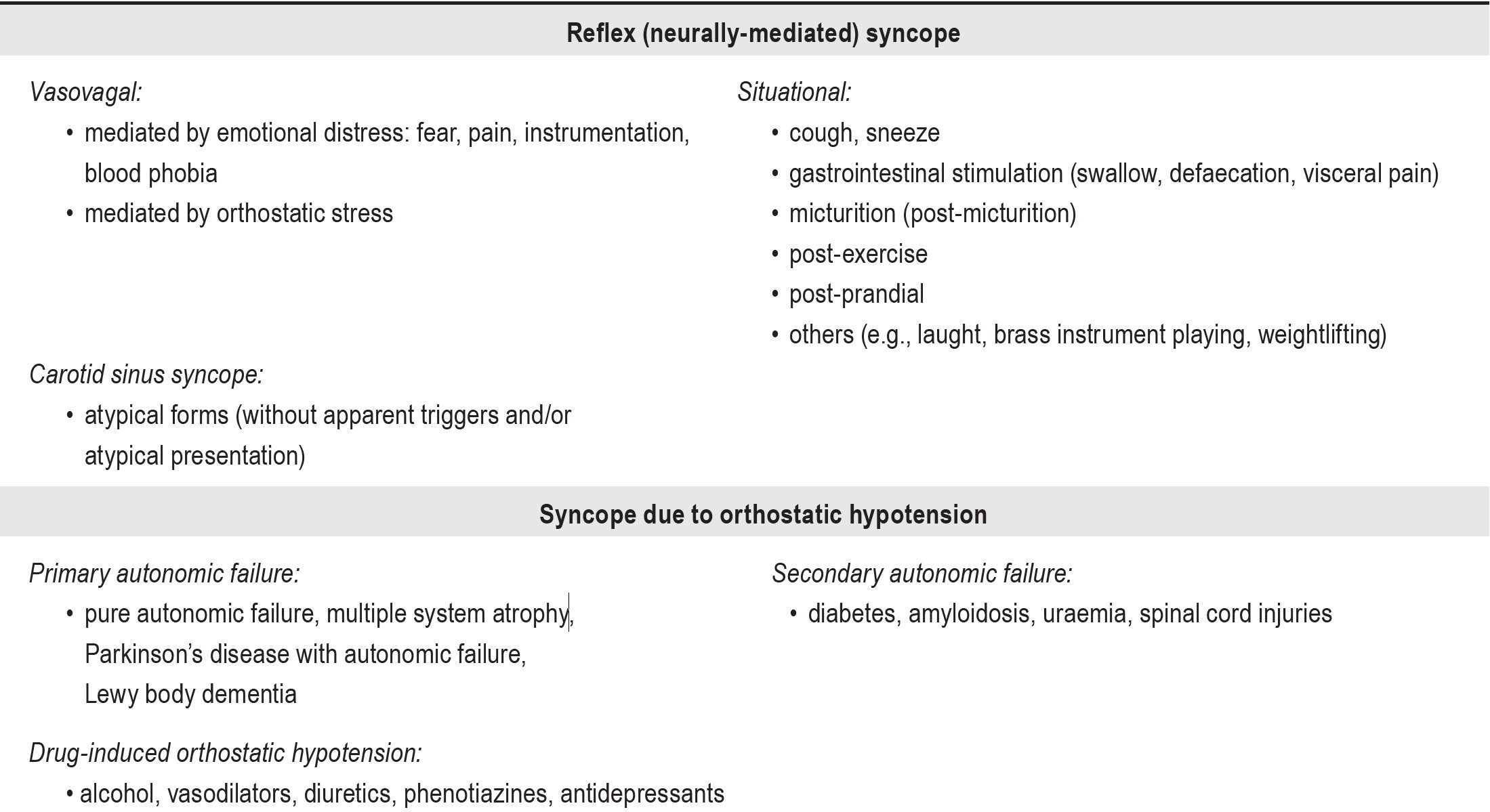 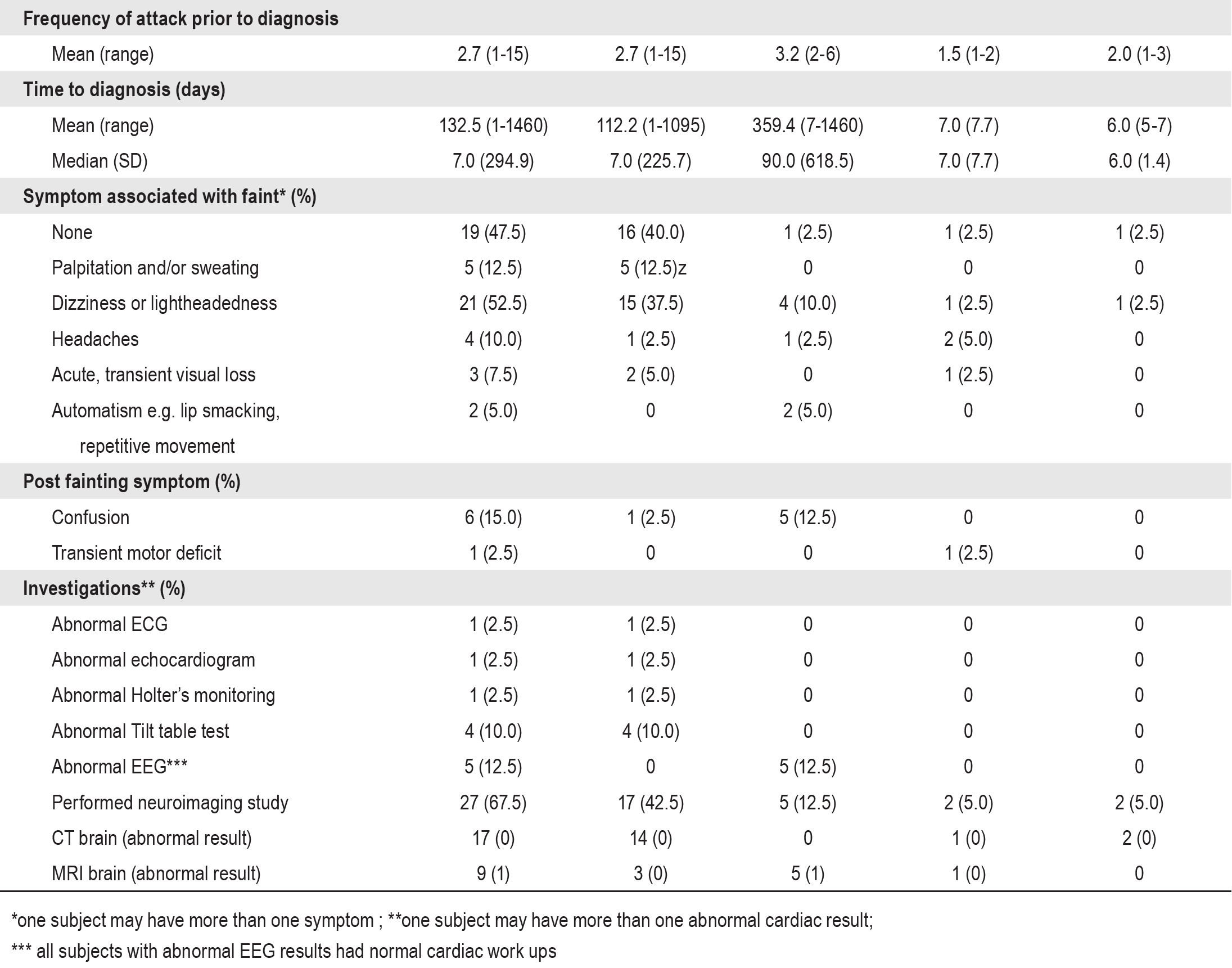 Table 2: Detail of subpopulation of each etiology (n = 40)

It is challenging for physicians to properly determine the diagnosis of children with fainting symptoms. Alertness when interviewing the patient/parents about illness history and complete physical examination are very helpful in distinguishing syncope from seizures and other mimic conditions including breath holding spells, migraine, transient ischemic attack (TIA), and psychogenic pseudosyncope.4,5,7 More than 70% of patients with syncope could be diagnosed by a detailed history and physical examination.8 Clinical features that can suggest a diagnosis of syncope on initial evaluation are shown in Appendix 3. Most diagnoses are discovered without laboratory requisition. The remainder of cases, with ambiguous or doubtful history, may require specific consultation. Even during specialists’ evaluation, cardiologic and neurologic investigations are not routinely worked up. A standard 24 hours Holter monitoring, tilt-table test and EEG study may not be considered. The limitation in sample size of our study population is due to the above. Moreover, we may have missed some patients who presented with syncope and eventually were found to have specific disease entity; the final diagnosis may have been coded specifically to the disease entity and not reflective of the presenting symptom of syncope. Such patients therefore would not have been enrolled into our study.

With complete cardiac work ups, 77.5% of cases were diagnosed with syncope, a similar figure to that found by Pratt and Fleisher.1 The most frequent type of syncope found in our study was neutrally mediated syncope (55% of all cases); this also concurred with many studies that concluded that the major mechanism responsible for syncope was neurocardiogenic.9-11 The cardiac syncope including arrhythmia and structural defect was found in 7.5% of cases; similarly Gordon et al.12 reported up to 9% of syncope in children is caused by cardiac problems such as myocardial disease, atrioventricular node reentrant tachycardia, and sick sinus syndrome.

The differential diagnosis between syncope and epilepsy can be difficult in some cases. An accurate patient history and witness account is cardinal. The yield of EEG recording in patient with syncope is still debatable and controversial. Many studies demonstrated that the EEG has very low diagnostic yield (0.8% - 1.5%) in patients with syncope, and percentage of epileptiform discharges discovered in the EEG tracing was not different from the incidence found in a healthy, asymptomatic population.13-16 After EEG was performed together with illness history concordance, 12.5% of cases with fainting were diagnosed with epilepsy, again comparable to Pratt and Fleisher’s report but also greater than many previous studies.13-16 We do admit that an EEG should not be routinely performed in patients with fainting. It should be considered in suspicious cases where illness histories are ambiguous. Sheldon and colleagues17 have proposed a scoring scheme based on symptoms that are very helpful in distinguishing seizures from syncope. If point score is ≥ 1 the likelihood is seizure or if < 1 the likelihood is syncope with 94% sensitivity and specificity. (Appendix 4)

Concerning cost-effectiveness, many studies had looked at cost-effectiveness and diagnostic yield when determining cause of fainting. It is not easy to conclude precisely which medical tests are appropriate for being the initial diagnostic evaluations for a patient with fainting. Under pressure of increased medical-legal issues or the parent’s desire to make a more specific diagnosis, it is very hard to determine how many investigations should be considered.

The 12-lead electrocardiography which is absolutely mandatory when a patient presents with loss of consciousness, is useful in providing diagnostic and prognostic information in the evaluation of syncope.18 The tilt table test is a useful and reliable diagnostic tool that may help distinguish epilepsy from syncope. The tilt table tests were positive in all children with underlying epilepsy, but whose clinical state was suggestive of syncope.19 It is not usually needed in subjects with syncope because of the false positive result that could occur even in people without syncope. Therefore this test may not be considered as an initial screening but it is useful in cases of syncope with unclear etiology after careful cardiac and neurological investigation.20 The main indication for tilt testing in many studies has been to confirm a diagnosis of reflex syncope in patients whom this diagnosis was suspected but not confirmed by initial evaluation.21-25 According to the guidelines for diagnosis and management of syncope (version 2009), tilt testing is indicated in 1] the case of an unexplained single syncopal episode in high risk settings (e.g. occurrence of, or potential risk of physical injury or with occupational implications), or recurrent episodes in the absence of organic heart disease, or in the presence of organic heart disease, after cardiac causes of syncope have been excluded (Class I, Level B), and 2] when it is of clinical value to demonstrate susceptibility to reflex syncope to the patient (Class I, Level C). The relative indications that tilt testing should or may be considered include to discriminate between reflex and OH syncope (Class IIa, Level C), for differentiating syncope with jerking movements from epilepsy (Class IIb, Level C), for evaluating patients with recurrent unexplained falls (Class IIb, Level C), and for evaluating patients with frequent syncope and psychiatric disease (Class IIb, Level C).5 The EEG study is crucial for subjects in whom illness histories are strongly suggestive of seizures, or those with unclear illness histories. Despite the low diagnostic yield in helping to determine causes of fainting as mentioned in many previous studies (0.8-1.5%)13-16, this is not supported by the results of our study: 12.5% of our cases with fainting were found to have diagnosis of epilepsy from a regular EEG recording.

Fainting is a relative common symptom that requires definite etiology for accurate management. Obtaining a detailed personal and family history for all patients is absolutely essential. Syncope, seizure, and other differentials should be considered during taking illness history. Proper investigations should be judged for individual patient. However, the most fundamental investigations including chest-x ray, and ECG are strongly recommended. The EEG recording is significant in patients with history strongly suggestive of seizures. 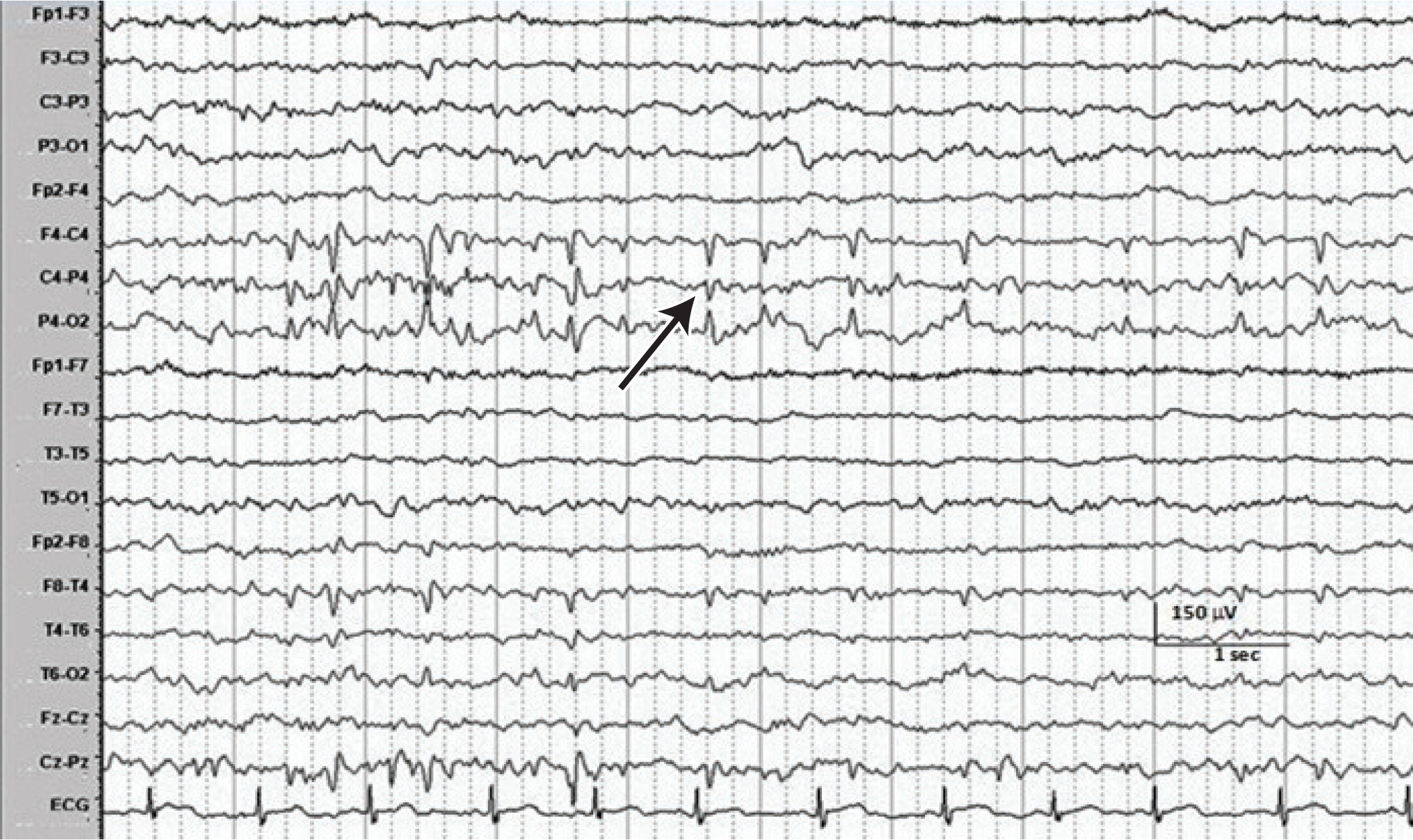 Appendix 3: Clinical features that can suggest a diagnosis of syncope on initial evaluation5 Appendix 4: Questionnaire and scoring system for symptoms pertaining to loss of consciousness17